The Ottawa Anglican Cursillo Movement began in the Anglican Diocese of Ottawa in 1981 with significant help from the existing Roman Catholic Cursillo Movement. Since then, more than 117 weekends have been held, attended by more than 2,500 men and women from across the Diocese and beyond. The OACM functions as part of the Anglican Diocese of Ottawa and operates under the direct authority of the Bishop of Ottawa, The Right Reverend John H. Chapman.

The Ottawa Cursillo Movement is an ecumenical organization which welcomes members from other Christian faith organizations other than Anglican. We have member that worship in the United Church, the Lutheran Church and several other Christian Denominations.

The administrative responsibilities of the movement are carried out by the OACM Secretariat, a committee of lay people and clergy. A network of parish representatives carries out the work of the Movement locally, and events are organized by groups of committed volunteers. The Movement is governed by its Constitution and By-laws, and major decisions are confirmed by the community at our Annual General Meeting. 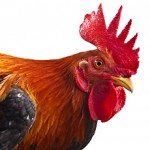 The Cursillo Movement has no secrets. Our gatherings and events are open to anyone who is interested in attending.

Communication with the Community

The OACM  uses the following methods to keep in touch with members of our community and anyone who is interested: